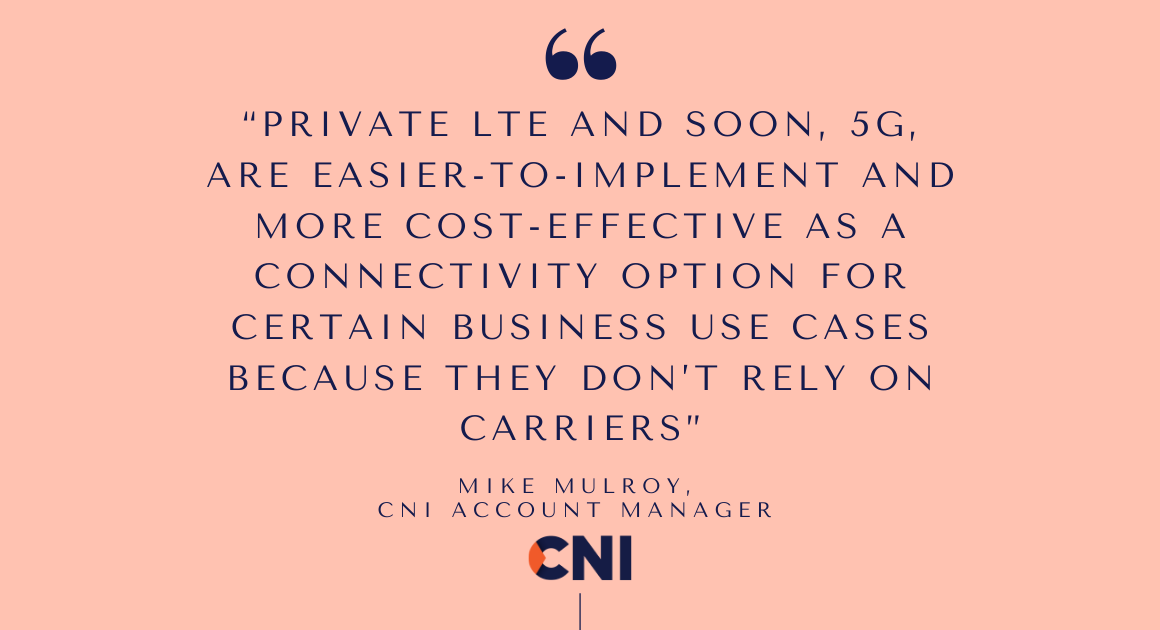 Celona, an upstart in the wireless connectivity space, has been actively pursuing the channel as its primary route to market and now has a strong base of partners making private LTE and 5G networking a reality for enterprises, the company told CRN.

CNI Sales, Inc., a Worcester, Pa.-based solution provider, partners with the traditional networking infrastructure vendors, such as Aruba Networks. The firm added Celona to its portfolio two years ago as a way to make cellular a reliable and viable wireless option for enterprise connectivity, said Tom Kirk, president of CNI Sales, a Celona partner.

“You don’t want to be pigeonholed into just legacy technology, you want to really bring the value,” Kirk said. “Beyond just the commodity, we want to sell solutions. We’re in the infancy stages with Celona, but their technology makes a ton of sense.”

Two-year old Celona in November revealed a private LTE/5G offering for the enterprise, a new channel program, and a strategic partnership with Aruba Networks for the reselling of Celona’s cellular products. Celona’s private LTE/5G platform gives enterprises a software-based approach to building their own, private cellular networks. The platform uses the CBRS-based LTE wireless technology, a spectrum band that was opened up in the U.S. by the Federal Communications Commission (FCC). The first generation of Celona’s platform will enable the creation of 4G/LTE private networks, with 5G slated for later in 2021 as more 5G-capable devices hit the market, the company said.

The Cupertino, Calif.-based market newcomer was co-founded in 2019 by Rajeev Shah (pictured), Celona’s CEO, who spent more than a decade leading product management for Aruba Networks as one of the company’s first employees and later, more than two years running products and marketing for Federated Wireless.

Shah told CRN in November that the company’s goal is to eventually do all of its business through the channel. Since then, interest from solution providers and MSPs in Celona’s private LTE services have been “surprising,” said Özer Dondurmacıoğlu, vice president of marketing for Celona, told CRN.

“For [partners], it feels like another wireless network that their customers might need,” he said. ”The channel adoption came much quicker than we anticipated — channel leads, so far, have been our most qualified opportunities.”

Celona is doing 100 percent of its business through channel partners right now, according to Dondurmacıoğlu. “Partners have existing relationships with their end customers and they don’t want to miss an opportunity to be a thought leader in this space — Customer use cases are turning into opportunities and they want to be the first one to say; ‘Here are the new solutions that are being introduced to the market.’”

Unlike legacy wireless technology, such as switches and routers, that have been around for years, enterprises need support, and design and managed services for private LTE networks. Especially as these businesses rely more on new methods of connectivity for critical applications and connected devices, Dondurmacıoğlu said. As such, Celona will be heavily investing in “specialized” channel partners and MSPs, he added.

Private LTE and soon, 5G, are easier-to-implement and more cost-effective as a connectivity option for certain business use cases because they don’t rely on carriers, said Mike Mulroy, client executive for solution provider CNI Sales.

While some customers are relying on cellular as a backup option, LTE can also be used as the primary means of communication for some use cases, Mulroy said. CNI used Celona’s services recently as the primary connection for a smart camera deployment for a customer. A fiber-based connection to the camera would have cost $50,000 and the company didn’t trust that Wi-Fi would be reliable for the deployment. Private LTE was a great fit for this customer’s use case, he said.

“It’s complementary to existing network infrastructure,” Kirk said. “It’s becoming an evolution to the kinds of products that were out there … Are you going to spend $50,000 or look for another solution that will do the same thing for a fraction of the cost?”

This was originally published on CRN’s website. It has been republished here with permission.